Characters are one of the most important ingredients in any story, just like actors in a film or TV show. With that in mind, who would you cast for a hypothetical Splintered movie? 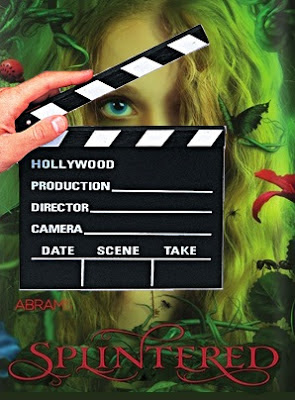 Need to know more about the characters before deciding? Here are a few of the traits that make our hero, heroine, and anti-hero unique:


1. Alyssa Gardner, has been blessed (or cursed) with the power to talk to bugs and hear their whispers, the very thing that sent her mother to an asylum. So to keep herself from going crazy, Alyssa does the only thing she can to silence them: capture and smother them in bug traps. But, being a frugal and artistic gal, she doesn't waste the corpses ... she preserves them and uses them in her mosaics. The girl's not squeamish, which is a good thing, considering some of the creatures she encounters in Wonderland. Learn more about Alyssa at her pinterest board.


2. Alyssa’s best friend/secret crush, Jebediah Holt, is a bit of a bad boy due to his scarred childhood. He rides a souped-up Honda CT70, wears a lip labret, and is fiercely protective of Alyssa and his younger sister, which sometimes triggers glimpses of his white-hot temper. But like Alyssa, he relies on his art for therapy, curbing his violent side through sketching and painting. His favorite subject? Gothic faeries with veined-wings—black tears pouring from their eyes as they stand over withered human corpses in haunting depictions of misery and loss. Learn more about Jeb at his pinterest board.


3. Alyssa’s sexy-but-enigmatic guide through Wonderland’s warped landscape is Morpheus, a fae-like creature who may have dark motives all his own. His name is partly from Greek mythology's god of dreams. He also has the ability to morph into a moth. His characterization, wardrobe, and smug sneer were heavily influenced by two of my favorite anti-heroes in fantasy movies from my teen years: Jareth from The Labyrinth, and the Crow from, you guessed it … The Crow. Learn more about Morpheus at his pinterest board.


For more information on the other characters (Taelor--Alyssa's nemesis; Jenara--Alyssa's BFF and Jeb's sister; Tom/Thomas--Alyssa's father; and Alison--Alyssa's mother), hop over to Splintered's Secondary Characters pinterest board.


Also, if you'd like to hang out with the Splintered characters, they
are waiting to entertain and chat with you on twitter!