When I write, it's rarely in silence. I need music to evoke the mood or emotion I'm trying to portray. I choose songs not only for their beat and mood, but for the lyrics. You'll need to have Spotify to use the players; it's free through Facebook.

On some playlists, I've provided a list of the individual titles and artists, along with scenes or character arcs/emotions inspired by the songs. You can click on the titles and they'll take you to the YouTube version.

1. Sweet Dreams by Emily Browning
Alyssa's Wonderland nightmare
2. Between the Lines by Sara Bareilles
Alyssa's secret song to Jeb
3. She's So High by Tal Bachman
Jeb's secret song to Al
4. Shattered by Trading Yesterday
Jeb's song to a father who never loved him
5. Where is my mind by Yoav ft. Emily Browning
Alyssa visiting her mom at the asylum
6. The Lonely by Christina Perry
Alyssa's song to her absent mom and broken family
7. Secret Door by Evanescence
Alyssa and Jeb in the midnight boat ride on the ocean of tears
8. Resonant Dusk by Autumn's Grey Solace
Alyssa and Jeb stepping into the heart of Wonderland and seeing all the strange sights
9. Wrong by Depeche Mode
Morpheus's theme song
10. Butterflies and Hurricanes by Muse
Morpheus seducing Alyssa's mind
11. Kiss me slowly by Parachute
Jeb to Al; their first kiss
12. Cosmic Love by Florence and the Machine
Alyssa to Jeb; their first kiss
13. Where's my Angel by Metro Station
Morpheus's obsession with Alyssa
14. I Hate Everything About You by Three Days Grace
Alyssa to Morpheus; torn between her mistrust of him and her attraction to the darkness and power he brings out in her
15. Animal I Have Become by Three Days Grace
Morpheus’s tortured side
16. Awake and Alive by Skillet
Jeb and Alyssa; teaming up and determined to beat Wonderland together and get home
17. Hurricane by 30 Seconds to Mars
Alyssa's final battle
18. Lifeline by Imogen Heap
Alyssa at book’s end; embracing who she is and facing her future﻿

1.White Rabbit by Egypt Central
Alyssa's artwork dragging her back into the clutches of Wonderland
2. A Real Hero by College and Electric Youth
Al and Jeb riding his motorcycle
3. Eyes Closed by The Narrative
Jeb and Al's moment in the tunnel
4. Butterfly Caught by Massive Attack
Alyssa and Morph in a crumbling Wonderland
5. Lullaby by Assemblage 23
Alyssa's parent's song to her
6. Easy to Love You by Theory of a Deadman
Jeb to Al
7. Dark Side by Kelly Clarkson
Al to Jeb
8. Never Forgive Me, Never Forget Me by Akira Yamaoka
Alyssa's nightmare in the hospital
9. People are Strange by Johnny Hollow
Alyssa at school
10. Dark Thing by Johnny Hollow
Morpheus seducing Alyssa to accept her darker side
11. Jekyll & Hyde by Plumb
Alyssa to Morpheus
12. Motherless Child by Johnny Hollow
Alyssa's creepy memory of Wonderland
13. No Matter What They Say by Priscilla Hernandez
Alyssa struggling to fit in at school
14. Uninvited by Alanis Morissette
Alyssa to Morpheus and his challenges
15. Not Strong Enough by Apocalyptica
Morpheus's secret song to Alyssa
16. Shelter by Birdy
Al to Jeb
17. I Won’t Give Up by Jason Mraz
Jeb to Al
18. Erase This by Evanescence
Alyssa to her mom after learning the secrets she's kept
19. Prove You Wrong by Crossfade
Morpheus to Alyssa
20. Broken by Amy Lee and Seether
Alyssa’s Dad and Mom to each other
21. Fire in My Eyes by Firelight by Fireflight
Alyssa embracing her powers at school
22. I Feel You by Depeche Mode
Al and Jeb in the art studio
23. The High Road by Three Days Grace
Morpheus to Alyssa
24. Torn to Pieces by Pop Evil
Jeb to Al
25. Ultranumb by Blue Stahli
The final battle
26. Come Back to Me by Les Friction
Alyssa after the smoke clears
27. Bring Back her Head by Angelica
Alyssa embracing the madness within
28. Acceptance by Mary Elizabeth McGlynn
Alyssa at book’s end

1. A Quiet Mind by Blue October
2. Say (All I Need) by OneRepublic
3. Time Is Running Out by Muse
4. What Have You Done [feat. Keith Caputo] by Within Temptation
5. All This And Heaven Too by Florence + The Machine
6. Nothing Else Matters by Metallica
7. Just Say Yes by Snow Patrol
8. Beating Heart by Ellie Goulding
9. Draw My Life by Fauxliage
10. Core Of My Addiction by Fireflight
11. Close My Eyes Forever by Device and Lzzy Hale
12. Shatter Me by Lindsey Stirling and Lzzy Hale
13. Once Upon a Dream by Lana Del Rey
14. Save Your Lies by Lost Autumn
15. What You Need by Les Friction
16. Become Like You by The Dreaming
17. Bring Me To Life by Evanescence
18. Bring It by Trapt
19. Demons by Gavin Mikhail
20. Down by Jason Walker
21. Everything at Once by Lenka
22. Eye in the Sky by Parralox
23. Fly by Miranda Sex Garden
24. Heartache by Adaline
25. Hero by Scarlet Haze
26. Hope on Black Wings by The Luna Sequence
27. In Your Room by Halestorm
28. Inside It's Raining by Art Of Dying
29. Killing Me Inside by Amurai, Sean, Sean Ryan
30. Look In My Eyes by Rains
31. Losing My Insanity by Sonata Arctica
32. Snuff by Slipknot
33. Stand my ground by Within Temptation
34. Tangled Up In You by Staind
35. The Beautiful Ones by Poets of the Fall
36. The Devil Within by Digital Daggers
37. The Kill (Bury Me) by Thirty Seconds To Mars
38. The Ocean Beside Us by Ego Likeness
39. Underneath by Adam Lambert
40. Warrior by Queen of Hearts
41. What Makes You Beautiful by Boyce Avenue
42. White Rabbit by Collide
43. Within You by David Bowie
44. Who Wants To Live Forever by Queen
45. You're Going Down by Sick Puppies
46. Your Armor by Charlotte Martin
47. Madness by Muse
48. Lost In Paradise by Evanescence
49. Moments Like This by The Afters
50. Monster You Made by Pop Evil
51. Mz. Hyde by Halestorm
52. Crazy Burn by Sepiamusic
53. My Queen by Joseph Vincent
54. Come To Me by The Goo Goo Dolls
55. Just a Kiss by Lady Antebellum
56. A Thousand Years by Christina Perri and Steve Kazee
57. Silent Lucidity by Queensryche
58. Anybody Listening? by Queensryche

1. The Light by Sara Bareilles
2. Magic by Olivia Newton John
3. Incomplete by James Bay
4. Like a Song by Lenka
5. In My Dreams by REO Speedwagon
6. Evergreen by Broods
7. We will not grow old by Lenka
8. The Time of My Life by David Cook
9. Magic by Coldplay
10. We Are the Stars Tonight by Dave Thomas Junior
11. Unintended by Muse
12. Your Body is a Wonderland by John Mayer
13. Heartbeat Song by Kelly Clarkson
14. Earthquake by The Used
15. Strangeness and Charm by Florence + The Machine
16. Wherever You Will Go by The Calling
17. So Just Hang On, Beautiful One by Au4
18. Hysteria by Def Leppard
19. Love Like This by Kodaline
20. Tenerife Sea by Ed Sheeran
21. Lullaby For Grown-Ups by Ane Brun
22. Walking in the Air by Chloe Agnew
23. Lost in My Bedroom by Sky Ferreira
24. Please Forgive Me by Bryan Adams
25. Forevermore by Broken Iris
26. Home by Gemma Hayes
27. Disengage by Sleeperstar
28. What You Need by Les Friction
29. Paint the Pictures by of Verona
30. You Can Do Magic by America
31. A Stutter by Ólafur Arnalds & Arnor Dan
32. A Sky Full of Stars by Coldplay 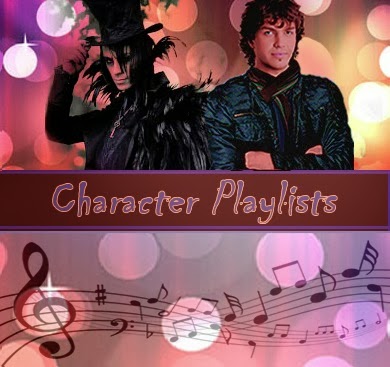 These next playlists are filled with songs I either listened to while writing all three books or that were suggested to me by readers. Each song captures the moods and emotions of the individual characters and the scenes they were in.

Hope you enjoy them!